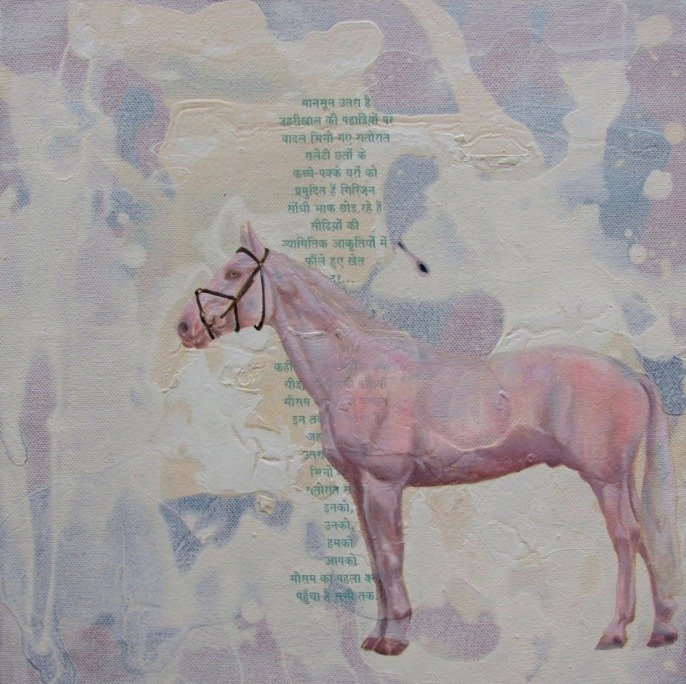 Preface: As I researched Charanjeet Singh’s artwork and techniques, I found that he uses the Fluid Art technique of pouring liquid paint, mostly white, onto a canvas, to create “intended” accidents that usually serve as the base for his paintings.So I ended up doing a deep dive into Fluid Art and its history, trying to understand its recent popularity on Instagram and how long artists have been using this art process.

Discovered in the 30’s by Mexican muralist David Alfaro Siqueiros, Fluid Art, also known as “Accidental Painting” was, simply put; the result of combining his interest in art and physics. The fact that such a simple artistic process could have such varying results every single time fascinated him.

He poured different coloured paints onto a flat surface, a panel of wood in his case, and let the paints spread, merge and infiltrate each other. It was later realized that the reason these paints danced on canvas the way they did was because of the different densities each paint had, attributed to its colour and composition. This research was led by Sandra Zetina, an art historian, and Robert Zenit, a physicist at the National Autonomous University of Mexico, who recreated the experiment. This fluidity in paints due to their densities is known as the Rayleigh-Taylor instability and is found in other fields too, ‘in astrophysics, for instance, exploding stars expel gases of varying densities, leading to the formation of Rayleigh-Taylor “fingers”’ as mentioned in the article.*Now, going back to Singh’s works, he talks about the colour white and why it is so prominent in his works, saying that “we are all so busy with colours, we hardly see white; if only the world, its politicians, and society could be genuine as white, having all colours yet clean and clear.”His works try to explore various aspects of his surroundings taking inspiration from Hindi poetry to everyday objects such as chairs, chapatis, and animals. But what one ends up focusing on the most is the overall calming sense that his paintings offer, with their pastel shades and flowy paints. Even though the subjects in the foreground are usually stationary, there is still this peaceful movement that is portrayed through the dancing paints in the background.