A Week in the Life of series 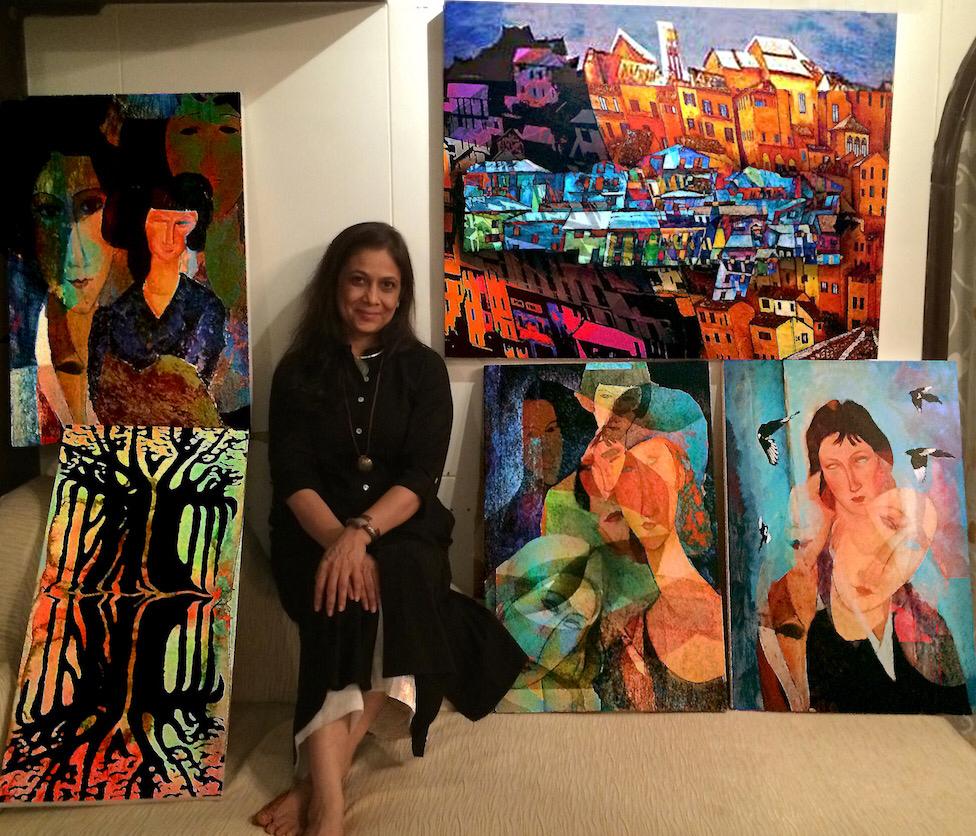 We asked Avani how she started her artistic journey in Digital Fine Arts, here’s what she had to say;”Based in Mumbai, India, I never received any formal training in digital art or even computers. It was not a drawback. Instead, I feel, the lack of training helped me grow into the art practice, in my own unique fashion. In what is now a familiar path; I started out dabbling with traditional mediums like ceramics, oils, acrylics, charcoal, and pastel, but after learning Photoshop, I was hooked. No more paint drying too early. No more pastel flakes escaping from the paper before I had a chance to add fixative.In the beginning, I had no idea how this new form of art creation would consume me. It became a part of my very being. I enjoyed this new form of art and found it to be exciting and liberating.”

“Trial and error became normal. Experimentation was key. With digital tools, I could create at my own pace, work furiously for hours and then abandon a piece and return to it months later. I can store hundreds of images on my hard drive and then come back and use them as source material at a later date. I also began to take photographs wherever I went, knowing I could use them, especially for my Cityscapes series. Everything went into my treasure chest of odds and ends. To this day, I find myself pulling out images from my collection, using anywhere from five to 20 layers to create an image, all with different filters for different effects.” Sound on

“There’s also shuffling from one program to another, and back. And so it goes on… Sometimes I add hand sketches, a nod to my analog past. Other times, I incorporate fractals, geometrical patterns or plain textures. It’s like a game of pass the parcel wherein bits and pieces are added each time the parcel gets moved. Each permutation and combination adds to the value, taking it forward, toward its end result. It could be anything from a week to a month to years, literally. As it has been mentioned before, everything gets stored on the hard drive and may be pulled out at a later date to incorporate/ mix/ blend with another image,” says Avani regarding her process and what goes into making her artworks. Sound on

When speaking about her colour palette, she says that “it is more of an instinctive thing. At certain times, certain palettes have a higher appeal than the others. Everything is at a subconscious level. The image is continuously evolving, and with it, there’s a shift in the idea of a certain colour palette. I would say it has a deep connection at an emotional level too.”