Warning: array_keys() expects parameter 1 to be array, null given in /home/u924494635/domains/trinityarts.co/public_html/wp-content/plugins/the-plus-addons-for-elementor-page-builder/modules/enqueue/plus-generator.php on line 537

The Sher-Gil Shift by Anaika 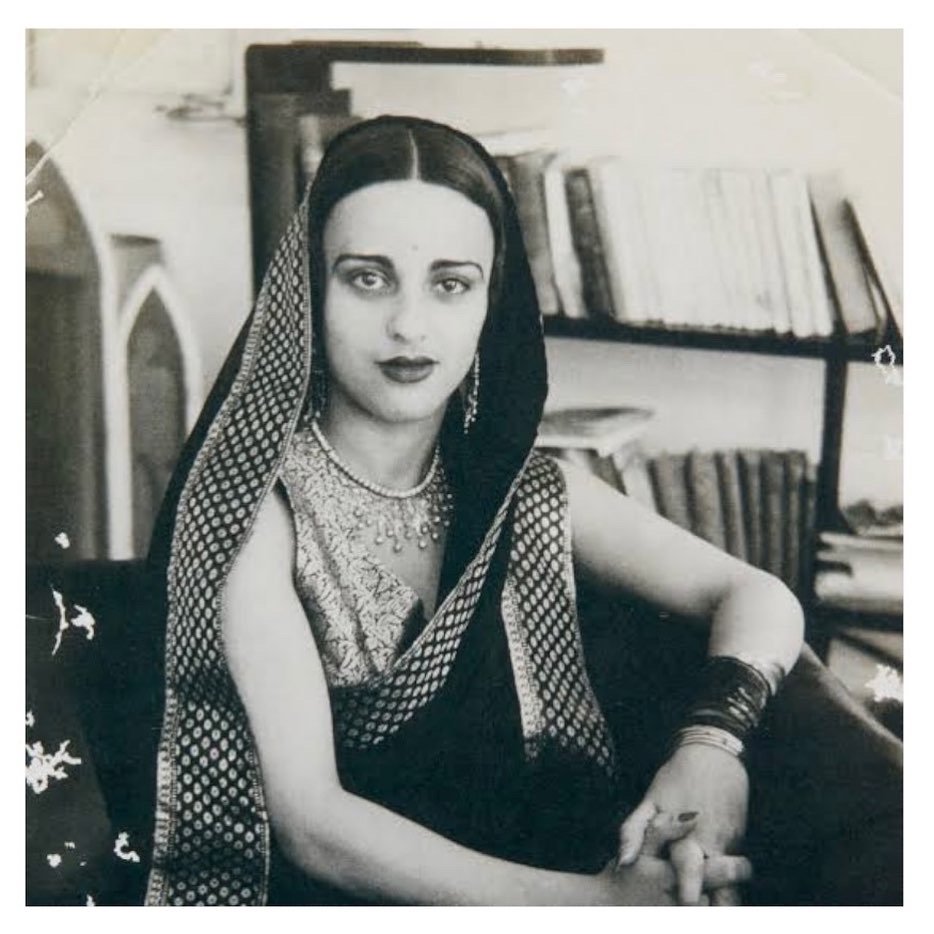 Known as the pioneer of Modern Art in India, Amrita Sher-Gil has made quite an impact during her short but ever so vibrant life.This piece briefly explores the Western and Indian influences on Sher-Gil’s works, and seeks to understand the transition and differences between the style of works she produced whilst in Europe and later India.Amrita was born in Budapest in 1913, and passed away in 1941. Amrita spent her early childhood in Hungary, Shimla, and Italy, exposing her to art from different regions at a young age, which furthered her interest in painting. At the age of 16, she and her mother moved to Paris (the hub of Modern Art) where she trained under Pierre Vaillent and Lucien Simon at Grande Chaumiere and also received formal training at the École des Beaux-Arts. She was heavily influenced by Paul Cézanne and Paul Gauguin. While she lived in Paris her works were a reflection of her own life and the Western culture she was surrounded by. Throughout her career she painted friends, lovers, and ordinary people in domestic scenes. While in Europe, she was influenced by Academic Realism1 through her schooling, and Post Impressionist2 trends of the time (as she looked up to many of the artists of the time,) which shaped her artistic style.She returned to India in 1934 after one of her professors predicted that her works belonged to and would be more appreciated in the East.This move allowed Amrita to expand her artistic horizons and pick up traditional Indian art techniques that she began to integrate into her works. She was primarily influenced by Mughal paintings, the rock cut caves and murals of Ajanta and Ellora, and Basohli miniature paintings. Most of these influences can be seen in her works through the use of bold colours and line work, and also her portrayal of women who exuded passive sexuality. Her travels to South India also proved fruitful to her art, as she painted villagers and ordinary people in her newfound vibrant palette of saturated reds, ochres, browns, yellows and greens.During the late 30s, her figures became a little ambiguous with less facial features with more focus on the larger picture. While her earlier works portrayed relative close ups of her subjects (mainly individual paintings of friends and people of Hungary and Paris) she seldom placed them in discernible settings, focusing on their expression and garments or lack thereof. These portraits had a sense of intimacy and closeness between the artist and her subjects. However, her paintings of her Indian subjects shared a little more context. She had transitioned to a new genre of works, depicting domestic scenes, placing ordinary Indian men and women in indoor or outdoor settings that allowed her to include architecture, vegetation and also animal life. These paintings felt more like photographs, they had a similar sense of familiarity but were passive.Her body of work over the years displays a subtle yet impactful shift in influences that were a direct reflection of her physical existence. Whether in Europe or India, Sher-Gil depicted the daily lives of ordinary people. Her works showcase a range of her interests and show the progression of her art life as she moved from one genre into the next, incorporating various Indian and European elements into each of her works. Her paintings reflected the empathy she felt for her subjects, while also serving as a poetic documentation of her own life.Amrita Sher-Gil has been called “one of the greatest avant-garde women artists of the early 20th century” and a “pioneer” in modern Indian art.1 Academism, is a style of painting and sculpture produced under the influence of European academies of art. Specifically, academic art is the art and artists influenced by the standards of the French Académie des Beaux-Arts, which was practiced under the movements of Neoclassicism and Romanticism, and the art that followed these two movements in the attempt to synthesize both of their styles.2 Post-Impressionists extended Impressionism while rejecting its limitations: they continued using vivid colours, often thick application of paint, and real-life subject matter, but were more inclined to emphasize geometric forms, distort form for expressive effect, and use unnatural or arbitrary colour.3 Basohli painting, school of Pahari miniature painting that flourished in the Indian hill states during the late 17th and the 18th centuries, known for its bold vitality of colour and line.


Warning: array_merge(): Expected parameter 2 to be an array, null given in /home/u924494635/domains/trinityarts.co/public_html/wp-content/plugins/theplus_elementor_addon/modules/enqueue/plus-generator.php on line 92

Warning: array_map(): Expected parameter 2 to be an array, null given in /home/u924494635/domains/trinityarts.co/public_html/wp-content/plugins/the-plus-addons-for-elementor-page-builder/modules/enqueue/plus-generator.php on line 366

Warning: array_intersect(): Expected parameter 2 to be an array, null given in /home/u924494635/domains/trinityarts.co/public_html/wp-content/plugins/the-plus-addons-for-elementor-page-builder/modules/enqueue/plus-generator.php on line 372

Warning: array_merge(): Expected parameter 1 to be an array, null given in /home/u924494635/domains/trinityarts.co/public_html/wp-content/plugins/the-plus-addons-for-elementor-page-builder/modules/enqueue/plus-generator.php on line 376

Warning: array_unique() expects parameter 1 to be array, null given in /home/u924494635/domains/trinityarts.co/public_html/wp-content/plugins/the-plus-addons-for-elementor-page-builder/modules/enqueue/plus-generator.php on line 376

Warning: sort() expects parameter 1 to be array, null given in /home/u924494635/domains/trinityarts.co/public_html/wp-content/plugins/the-plus-addons-for-elementor-page-builder/modules/enqueue/plus-generator.php on line 378

Warning: sort() expects parameter 1 to be array, null given in /home/u924494635/domains/trinityarts.co/public_html/wp-content/plugins/the-plus-addons-for-elementor-page-builder/modules/enqueue/plus-generator.php on line 394